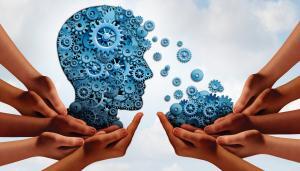 More than a Paycheck

No company can succeed unless it has employees who are engaged, competent, and willing and able to do the best work they can for the organization. But great employees don’t just magically appear out of thin air: a company has to attract, hire, and retain them.

The hiring-and-retention playbook contains many effective strategies. Offering a competitive salary is one that tops most companies’ lists. Providing career advancement opportunities is another tried-and-true practice. For a long time, such finance-driven policies that appeal to employees’ wallets have had great success in building employee loyalty.

But over the past couple of decades, there has been a major shift in long-held understandings about the workplace. The old model of “start at the ground floor and climb the corporate ladder during a lifetime career at one company” rarely works today. Most employees don’t have that goal, and the few who do want to follow that model are seldom able to do so, thanks to changes in labor practices and shifts in the economic, social, and technological landscapes.

Today’s employees don’t see themselves spending their entire careers at one company. In fact, job-hopping is now the norm: the median number of years that workers stay with their organizations is only 4.2, with shorter durations more common among the younger age groups that have been entering the workforce over the past decade and a half. A recent Deloitte survey showed no positive changes in that trend: “Among Millennials, 43 percent envision leaving their jobs within two years; only 28 percent seek to stay beyond five years. . . . Employed Gen Z respondents express even less loyalty, with 61 percent saying they would leave within two years if given the choice.”

Companies need to work harder than ever to attract and retain top talent, and the incentives that worked so well in the past aren’t as effective today. Organizations need to build loyalty by broadening their scopes—partly by thinking outside the box and innovating on their own to figure out what to give employees, and partly by listening to what workers say they actually want.

Work–life balance, for example, has been a buzzword on the HR scene for several years. People want to work for companies that recognize (and respect) the boundary between their personal lives and their professional lives. They are no longer satisfied with positions that expect them to be regularly on call for work-related matters when they are out of the office—and they want their personal time to be inviolable.

Younger employees who are entering the job market want more than a paycheck. Today’s employees still want work–life balance (perhaps more than ever, even). But they also want a connection to the greater good—and they expect their employers to help them create that connection. The Millennial and Generation Y participants in Deloitte’s 2018 survey are imploring business leaders to take the lead in solving the world’s problems, to shift organizations’ motives from inordinately focusing on making a profit to balancing social concerns, and to be more diverse, flexible, nurturing of and generous with its employees.

For a long time, a job was defined primarily as an activity that one did in order to earn money. But that’s no longer the case. Sure, it’s important to be able to pay the bills. But today’s employees want more than just a paycheck, and companies that figure out how to give their employees the connection and purpose they crave will find themselves with stronger—and more loyal—workforces.

We would love to hear from you whether you’re requesting information, sending along a testimonial or providing us with feedback.